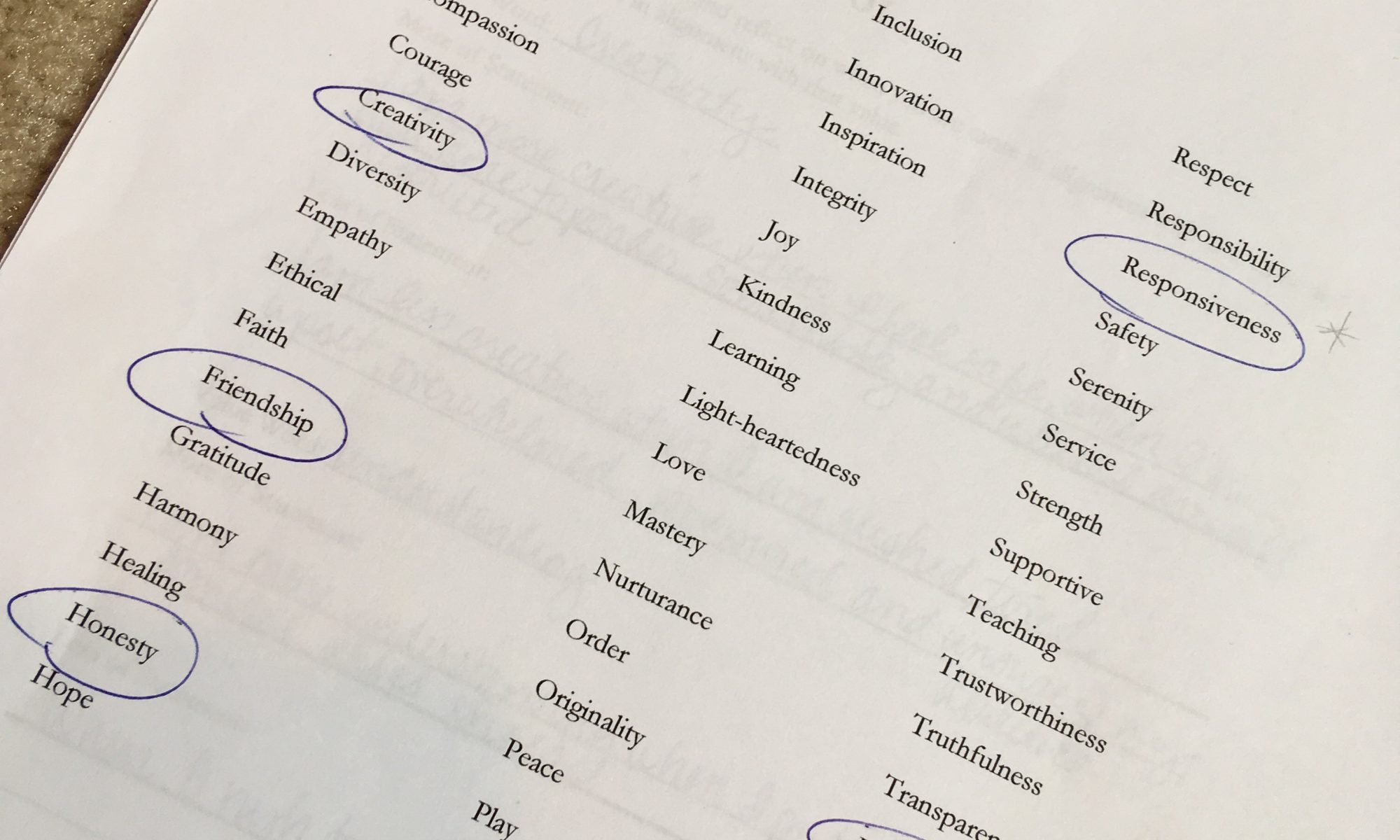 Do you consider responsiveness a value?

Is it important to you that someone with whom you have a personal or business connection is “quick to respond or react appropriately or sympathetically”?

It may seem out of line with values such as integrity, respect, honesty and responsibility but responsiveness is a tremendously important value that seems to be slipping away from many in both the personal and business world. Responsiveness may be corroding, in part, because of the technology that on the surface seems to help us stay better connected. However, the blame cannot be all technology’s because responsiveness is a human value not an algorithm.

We all get emails, texts and (sometimes) letters and phone calls daily. They can pile up, especially if you’re running a business or a school or an organization large or small. However, not responding to these messages sends a message whether you intend it to or not.

“If someone walked up to you and asked you a question, would you turn around and walk away from them without responding? Would you ever do that to someone?” asked Shana Rossi, director of admissions at Padua Academy and consultant with Partners in Mission. Yet, not responding to emails, texts and phone calls does essentially that. It turns around and walks away from someone without a word.

Expect to be inundated with requests, calls and questions. That’s just the world we live in. It may be the fourth or fortieth time someone has asked you that question in an email or made that request, so you’re weary. Try to remember, this is the first time that person is asking you this question, making this request or sending you this message. They deserve a response of some sort, preferably a thoughtful and human response. Not your “Out of Office” automated email. And certainly not radio silence.

When Rossi is talking in front of a group about responsiveness she often uses the Disney World story. She says at Disney World a family walks up to a Disney “cast member” (all Disney employees are called cast members) and asks, “What time does the three o’clock parade start?” The cast member is trained not to respond the way we all might be tempted to respond by saying, “Three o’clock, duh!” But instead, the cast member is asked to anticipate what that person is really asking and respond accordingly. Rossi said they respond with statements like, “Well the parade starts right at 3 p.m. but it’s a good idea to start lining up about half an hour before the parade starts. And if you’re child needs to use the restroom, it’s good to do that before the parade starts so you don’t miss it.”

“Be your best self and see what gift you can give that person by answering the question you think they were trying to ask,” Rossi said.

That all sounds perfectly ideal, but what about when you’re faced with five phone messages and 20 emails to respond to at the end of a busy day when you have no energy and are not feeling generous of spirit?

What Rossi does and encourages other to do is plan ahead. She said when she does have that energy and that spirit of generosity, she sits down and composes responses to common emails that can be used as a response at a time when she needs it.

“I think of my response as a conversation, ‘What would I say to this person if we were face-to-face?’ and then I personalize my response in some way,” Rossi said.

“Even though it’s more informal, that doesn’t mean you should disrespect the sender. They are just seeking a more personal connection,” she explained, adding she prefers her contacts and clients refer to her on a first-name basis. She said she sets that tone in her emails, sometimes including a photo if it is appropriate.

“I am saying with my response, ‘You’re getting special treatment. I’m bringing you in and engaging you.’ It is an extension of myself.”

Creating a few template responses allows you to draw on those pre-written responses so that you can continue to keep that tone with all your response even when you are feeling overwhelmed and uninspired.
Those times when Rossi does respond individually to emails and calls, she looks for ways to make connections.

“If I can find a commonality, I use that to create a connection,” she explained. “The more generous we are with each other, the more responsive the audience is to hear our message.”

When she is out of the office and knows she will not be able to respond to messages, she doesn’t just leave a canned “out-of-the-office-will-return-on-Tuesday” message. She often writes in her autoreply where she is and what she is doing.

“I’ll say, ‘I’m out today at Sandy Hill Camp with the Class of 2021 helping them prepare for their first days of high school.’ Or, I’ll say, ‘I’m attending to some personal business today.’ Then when I come back I can follow up and respond with an anecdote from the event.”

Busy executives or heads of large organizations might find even these suggestions impossible considering the volume of requests they receive by email or phone. In those cases, if responsiveness is valued, someone should be dedicated to responding on behalf of that CEO, school principal, corporate president or leader.

It’s clear Rossi values responsiveness and has given a lot of thought to her replies. So often, we dismiss emails and even voicemails because it can be easy to not see the person behind these digital and faceless messages. We all value our clients, our prospective families, our business contacts and even those people asking us for business or jobs. Responding to them – all of them – is a valuable way to show that.

“We infer a tone with no response at all,” Rossi said.

That is because no response tells the sender their message was not important enough to you to solicit a response. Don’t allow that to happen. Don’t be paralyzed by crafting the perfect response. Just responding briefly and respectfully is enough.