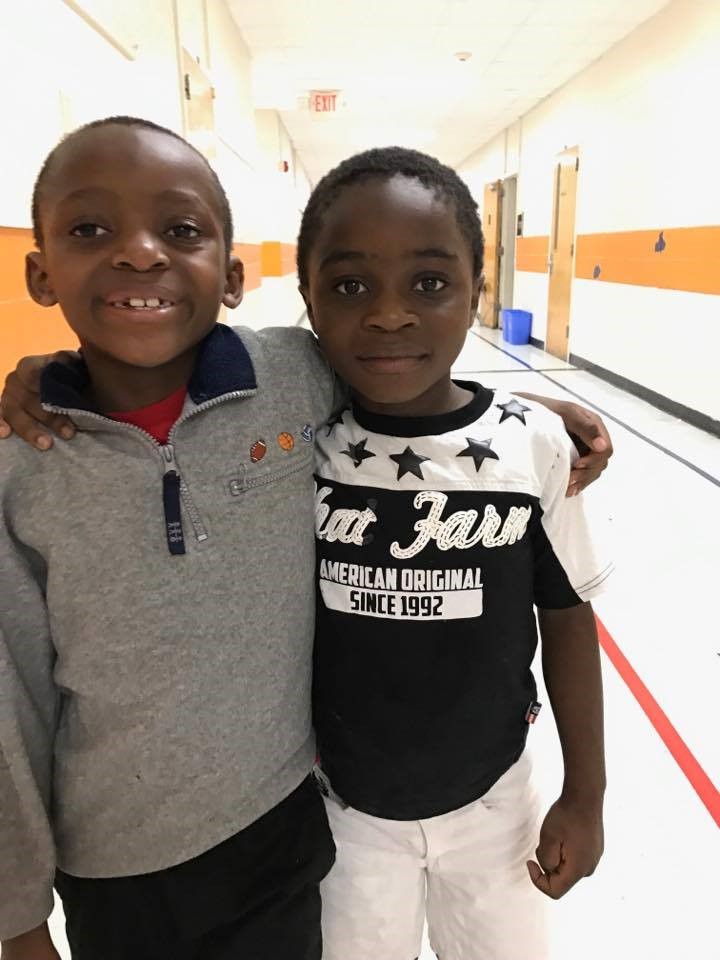 Amy Wieck Hollahan taught for 17 years before she found her calling as a teacher.

This week she met a new group of students, most of whom don’t speak English. She can’t stop smiling when she talks about these children who come into her classroom each fall having just been torn from their former lives and “placed” here in Nashville. She will help them learn English this year, teach them about classroom rules and even get in some math lessons. But they have taught her so much more.

Hollahan spent 15 years teaching in a private Catholic school before she decided to move to Metro. Her daughter was teaching at Haywood Elementary and she decided to apply. She taught fourth grade for two years at Haywood before she was asked to get her English Language endorsement and teach English Language Learners (ELL), or as they are also called, SIFE (Students with Interrupted Formal Education).  The first year she taught she had 19 children in her class from seven different countries.

She has had students from Kenya, Tanzania, Iraq, Somalia, Syria and more. They have lived through experiences she will never know, but she tries to provide them with a new experience – one of a loving teacher and a supportive community. And she doesn’t just instruct them in the classroom. She visits them in their homes and helps them adjust to life in America.

“Most weekends, I’m at the apartments where they live,” she said. “I’ve had a full Iraqi dinner with a family sitting on the floor with no utensils.”

The dinner was lovely, she said, much like most of the encounters she has with her students’ families.

“They are so giving,” she added, describing the families of her students. “They want to give you whatever they have.”

According to the Catholic Charities of Tennessee annual report in 2016, the refugee resettlement program welcomed 133 refugee families to Tennessee and 83 single adults. They came from 14 different countries ranging from the Democratic Republic of Congo, Somalia, Iraq, Syria and Afghanistan, and 41% were under the age of 18.

Hollahan said she was a “staunch” conservative before she began teaching ELL students. Now her views have changed. She sees up close what the refugee crisis is doing to the young students. She has gone through trauma training because students who have been in refugee camps, escaped from desperate situations or lived through war need extra care from their teachers. Hollahan said it “drives her crazy” that refugee families don’t get to pick where they want to go. They are assigned a location and they just arrive. Some, she said, spend years if not decades in refugee camps before being assigned a place of asylum.

“I’m still Catholic,” she said. “But it’s given me more tolerance for other faiths.”

“There is a reason I was put in this classroom, to do this,” Hollahan said of her work with Metro Schools. “Every single day we’re happy.”

Hollahan has practical goals for her students. They learn English fast. They almost immediately figure out how to communicate with each other – though most are speaking different languages – in the classroom. She aims to get them out of her SIFE program and into the general education program. She also aims to make sure they are continuing to learn, not only English, but math, science, reading, etc.

“What it did for me was open my eyes,” Hollahan said. And clearly her heart, too.