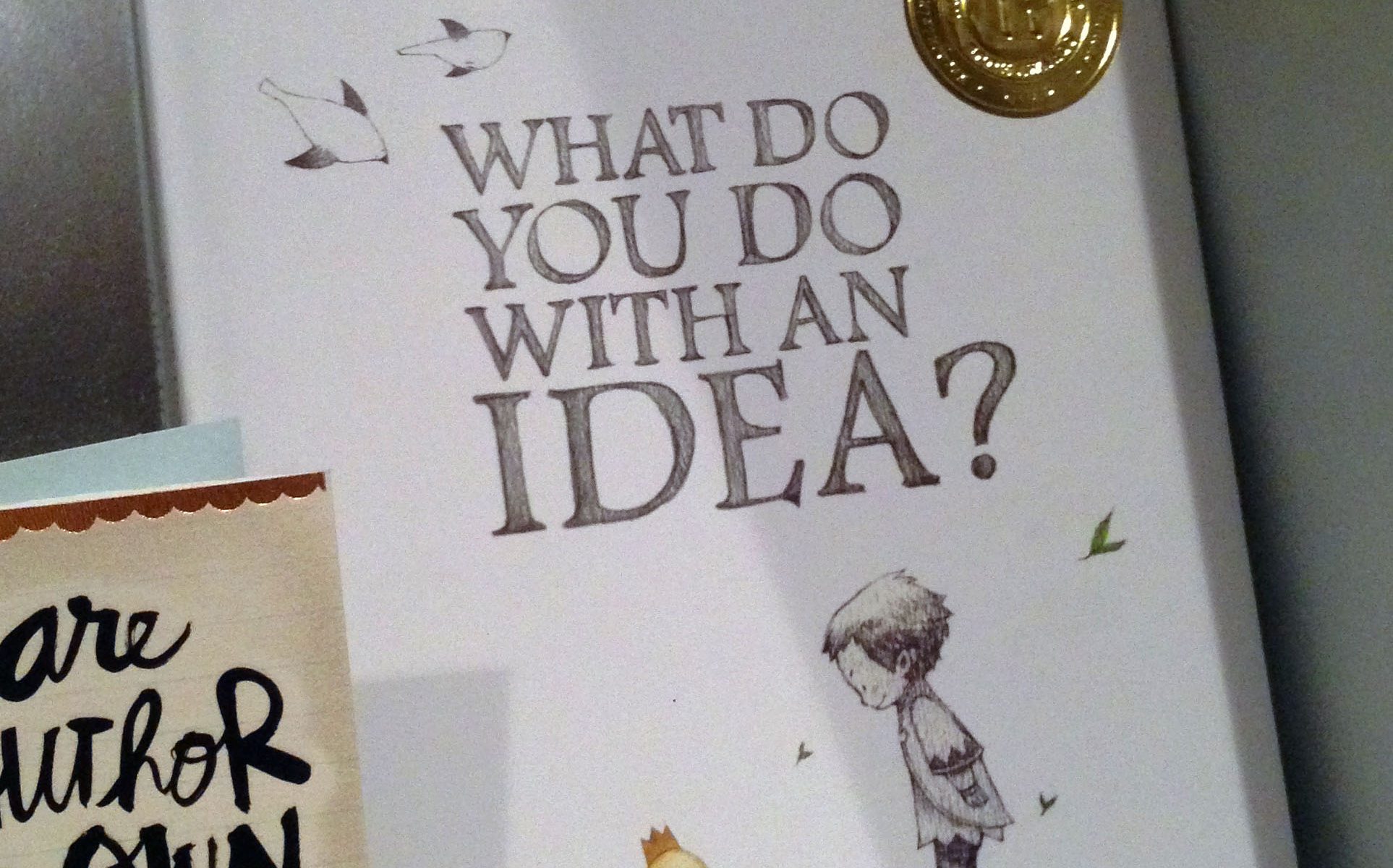 My friend Caroline is a librarian. I like librarians. You can talk books.

Plus, Caroline is also an Anglophile, so we can chat about dodgy things happening across the pond. She’s funny, too. And I like to sing, “Sweet Caroline,” to her.

But one of my favorite things about Caroline is she gave me an idea. Actually, it was a book she showed me about an idea, “What Do You Do With An Idea?” by Kobi Yamada.

I read the book and instantly connected to its message. Though presented as a child’s story, the book spoke straight to the heart of this adult. I love its illustrations by Mae Besom. Each depicts an idea as a living, breathing thing that grows and becomes more colorful in the process. Sketches of tan and gray slowly become infused with brighter yellows and blues, greens and eventually even reds as you turn the pages.

Yamada’s story takes readers through a familiar journey, a journey that begins with a small thought. The thought or idea continues to pop into your head and try as you may, you cannot stop thinking about it. I think we’ve all experienced this phenomenon. Yamada encourages the reader to gently reconsider ignoring that idea.

“I had to admit, I felt better and happier when it was around,” the narrator says of his idea.

I read the book as an idea had been following me around for over a year. It took a child’s story book to tell me I needed to pay attention to that idea, to help it grow and to let it live. So, my idea is taking on a life of its own. It has changed my world.

Seems like every story I’ve ever read or watched on TV about someone starting a business, inventing something or writing a book/play/song begins with the same prologue: I had this idea. The entrepreneur, inventor, writer needs to get the idea out of his or her head. The fact that an idea can become something real, something tangible often seems unrealistic at first. But given time to breathe and grow, it becomes something that allows you to think big. As Yamada puts it “then, to think bigger.”

I don’t think you’re ever too old for a child’s story book. And, I’m just guessing here, but I think Yamada might have had the idea that this book was for a much broader audience. So, add this one to your summer reading list, put it on your Christmas wish list, buy it for a friend. It’s a good idea.

One Reply to “I have an idea!”